Eugen Indjic is so much more than a Chopin prize winner (1970), Leeds (1972), and Rubinstein (1974), it is the old-school, golden Age of the piano legacy going back to Emil von Sauer that one hears in Mo. Indjic's playing. Once a wunderkind that played Liszt’s Campanella on NBC television at twelve and made his first recording for RCA Victor on Rachmaninov’s own piano, he made a rich worldwide career that brought him in touch with Rubinstein, Horowitz, Gilels, Tansman, Leinsdorf, Bernstein, Casadesus, Fedoseiev, Gergiev, Gielen, Jochum, Kubelík, Sanderling, Sinopoli, Solti and many others. A rich reservoir of artistic experience, knowledge and musicality.

One hears the honesty in Eugen Indjic's playing and it is this true, honest artistry that we at the Paderewski Academy want to find and nurture in our students.

Sound, technical abilities and the most important "expression of music" is highlighted in Maestro Indjic's performances. And it's these pillars that define a great pianist.

If a pianist is a true artist, one hears his or her personality in his interpretations. Mo. Indjic is a wonderful, kind and warm human being, which shows in all of his music.

Eugen Indjic studied musicology and composition with Laurence Berman and Leon Kirchner graduating “cum laude” in 1969. Kirchner, a student of Schönberg, introduced Indjic to Schenkerian analysis, of which he remains an ardent proponent. Bernstein qualified him as “an extraordinary pianist and musician” and Emil Gilels, for whom he played often in these years called him “a unique and inspired artist”. During his Harvard years, he took private lessons at the Juilliard School of Music with Mieczysław Münz and Rosina Lhévinne’s apprentice Lee Thompson. In 1968, he met Arthur Rubinstein, who until his death remained a friend and mentor, calling Indjic “a world-class pianist of rare musical and artistic perfection”. 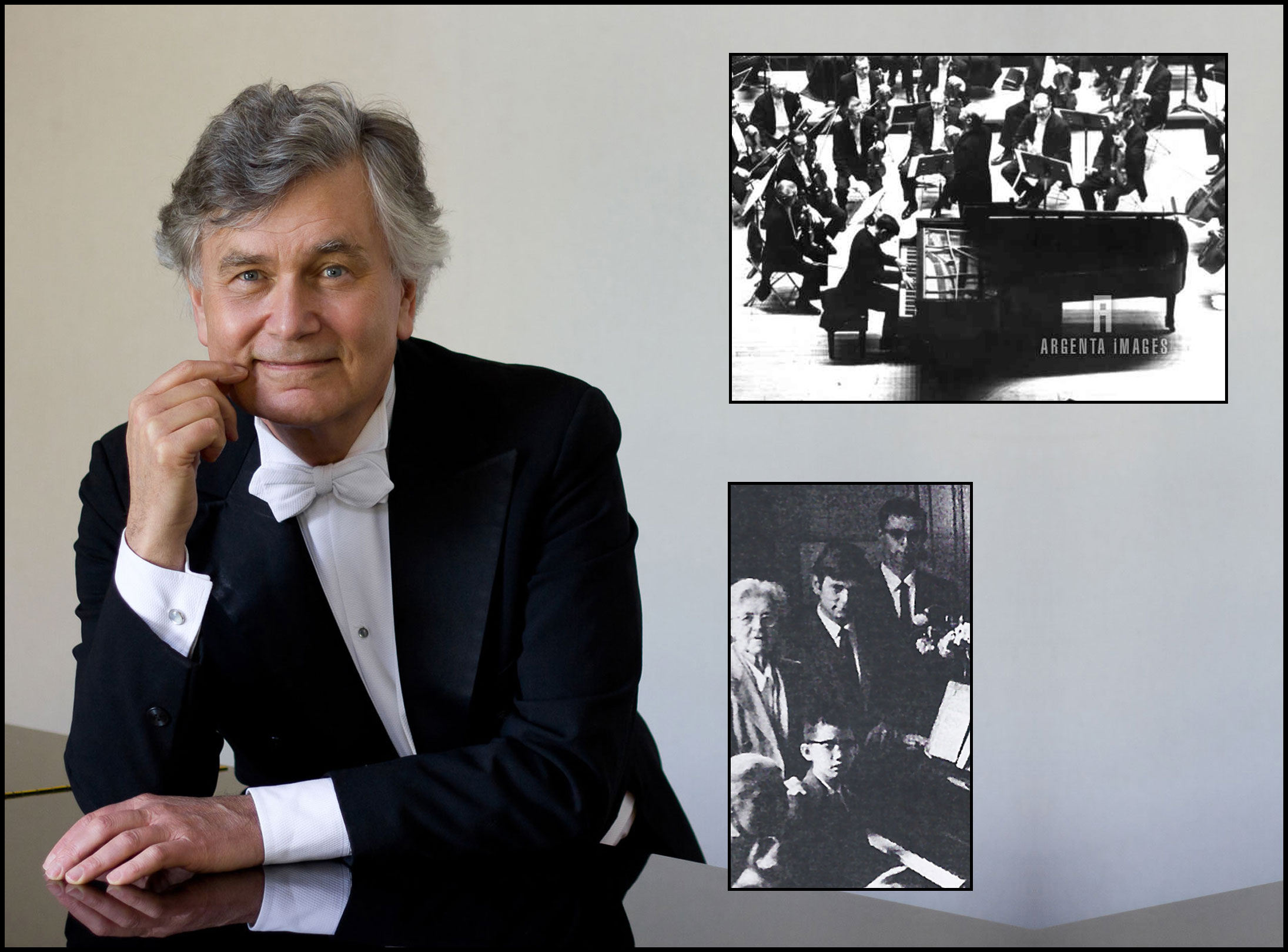 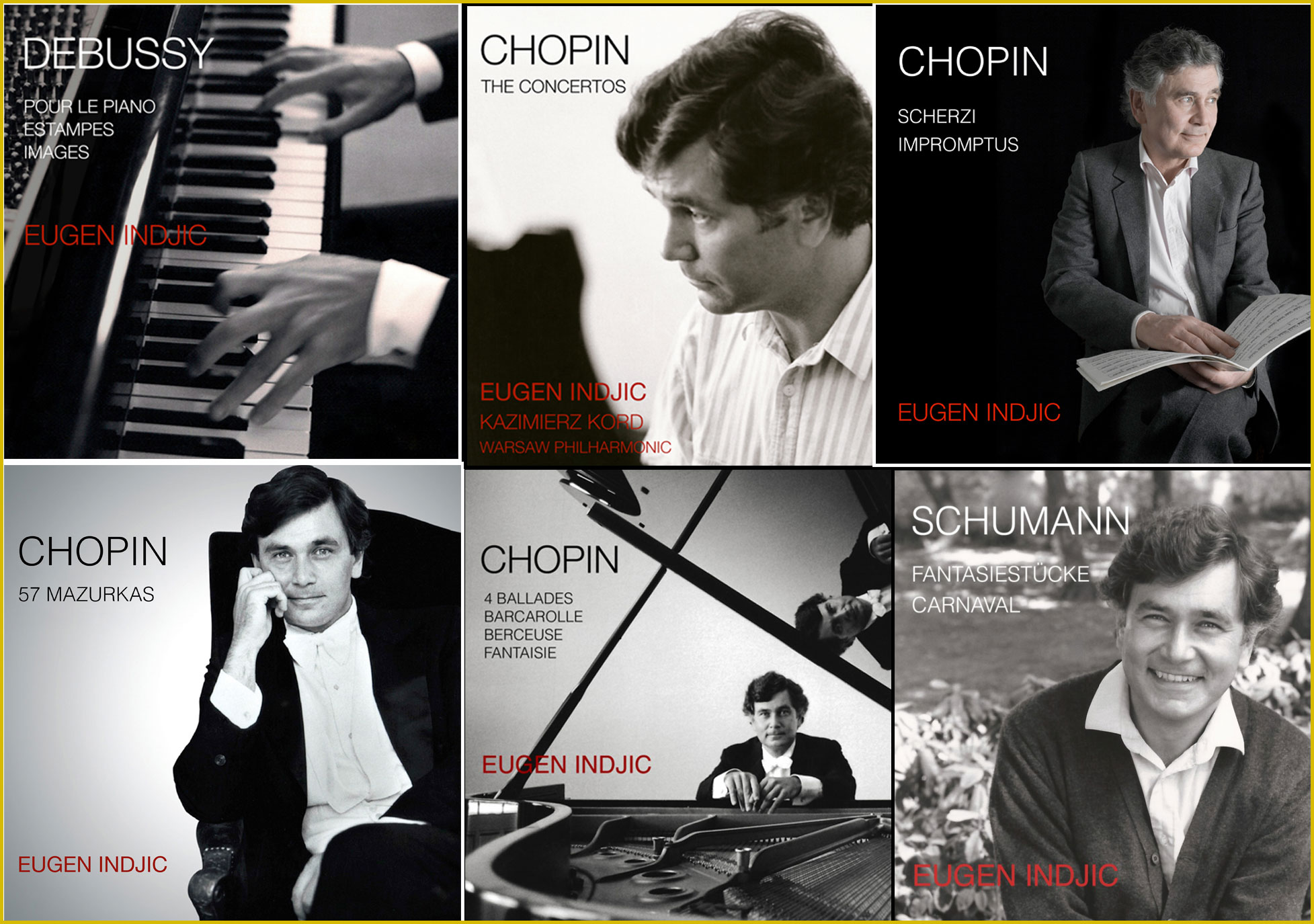 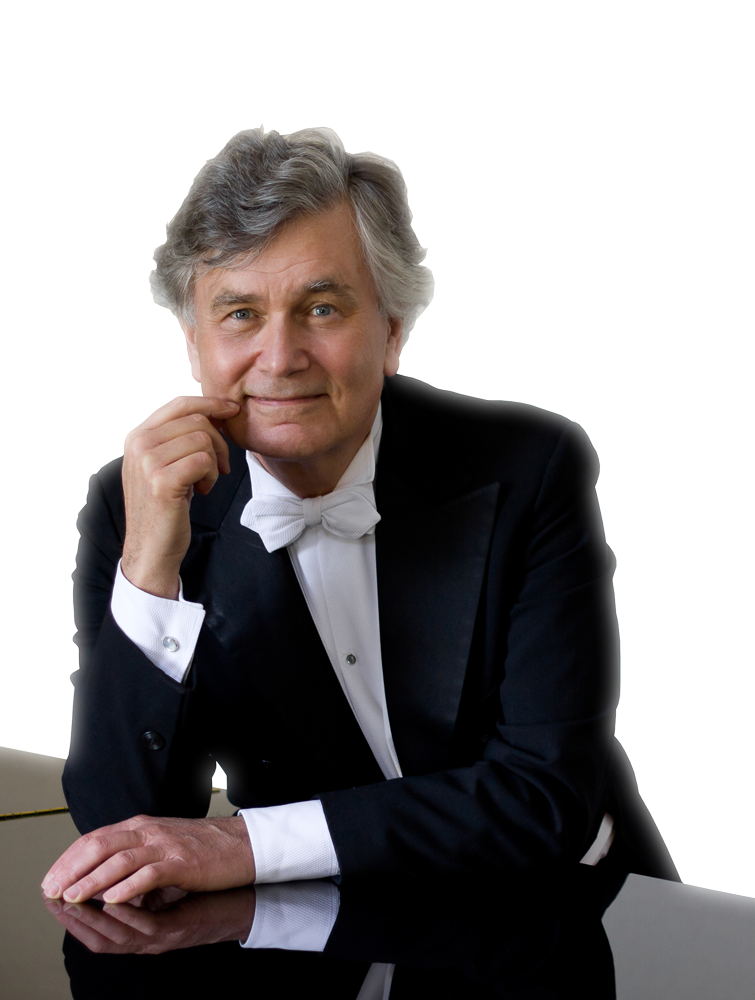 Eugen Indjic was born in Belgrade in 1947. His mother was a Russian amateur pianist and his father a Serbian army general under King Peter II of Yugoslavia. Immigrating to the US with his mother at the age of four, he there became interested in music after hearing a recording of Chopin’s Fantaisie-Impromptu and Polonaise in A flat major. Eugen Indjic made his first public performance at the age of nine, appearing with the Springfield Symphony, playing Mozart’s D minor Piano Concerto. Between 1961 and 1971, invited by Arthur Fiedler, Eugen Indjic appeared numerous times each season with the Boston Pops orchestra. His first concert tour was in Denmark (1963), together with Alexander Borovsky.
“He plays Chopin as a pole, Debussy as a Frenchman and Prokofiev as a Russian master” wrote the Politiken of Copenhagen.
After his graduation year from Phillips Academy in Andover, Erich Leinsdorf invited him to play Brahms’ Piano Concerto No. 2 with the Boston Symphony, making him the youngest soloist ever to appear with that orchestra. Prize-winner of three international contests – Warsaw (1970), Leeds (1972), and Rubinstein (1974), Indjic has performed with the leading orchestras of the United States, South America, Europe and Asia, and under such conductors as Bernstein, Bělohlávek, Casadesus, Fedoseiev, Gergiev, Gielen, Jochum, Kubelík, Leinsdorf, Sanderling, Sinopoli, Solti, von Matačić, de Waart, Wit and Zinman, among others.
He continues to play regularly on great world stages such as Carnegie Hall, Avery Fisher Hall, Queen Elisabeth Hall, the Concertgebouw, the Musikverein, Salle Pleyel and Théâtre des Champs-Elysées, Tchaikovsky Hall, La Scala, etc.
Eugen Indjic was invited to participate in a televised co-production (France, Poland, Japan) of Chopin’s complete works and has recorded for Polskie Nagrania / Muza, Sony, RCA Victor, Claves and Calliope.
His discography includes works by Chopin, Debussy and Schumann (now all re-issued by the Andante Spianato label) as well as works by Stravinsky and Beethoven. Eugen Indjic is Doctor Honoris Causa of the Belgrade University, an honor that has been bestowed only on two other foreign musicians : Witold Lutoslawski and Zubin Mehta.