With grace and beauty, Gloria Campaner walks onto international stages leaving behind her unique moments of profound, human truth. She is an artist distinctively recognized for her multiple talents. Her passionate commitment to music and its social value, have established her among the finest young Italian concert pianists, as well as a devoted human rights activist and beloved professor.

Her vast repertoire spans from Bach to modern, contemporary composers. Her innovative performances place her side by side with jazz and folk musicians as well as ballet, choreographers, modern dancers, visual artists, actors, philosophers, comedians, DJs and electronic music producers, making her one of the most eclectic and versatile pianists of her generation.

Born in the Venetian inlands, Gloria has received more than twenty national and international first prizes. Since her debut at the age of twelve with the Venice Symphony Orchestra, her rapidly advancing career as a soloist and chamber musician, has led her to be a guest of some of the most prestigious festivals all over the world. International press has praised Gloria’s ‘extremely deep musicality, remarkable fluidity, nuancing and sense of style which put her in the ranks of pianists with exceptional qualities’ (Walter Arlen, Los Angeles Times).

Gloria is one of the few examples in the classical music world that looks deep into the spiritual world of the mind. Whether it is about simple things as stage fright or deep questions about "what the world is really about", she uses her insights to try to guide people to find their true self.

Despite being trained as a classical pianist, her free spirit is taking on all that music offers and is active in many genres. This rich reservoir of knowledge and experience allows her to pass on versatile knowledge to students.

Kindness, empathy and beauty is not only shining through in her piano playing but also when she works with people at her creativity workshop "C# – SeeSharp". More details below.

Widely present in the multi-media world and its artistic expressions

Gloria’s concerts are often accompanied by works of very refined visual artists and broadcast in national public radios and televisions (RAI, BBC, SKY, CNN, RSI, ClassicFM). A full documentary about her was released in 2013 by RAI5 for the TV program ‘Petruska ‘ and she was one of the protagonists of the art documentary for SKY Arte “The Heart of Stone”, directed by Luca Scarzella, inspired by compositions of Scrjabin and dedicated to the ‘sounding stones’ of the great Sardinian artist Pinuccio Sciola from whom she directly learned how to play his ‘singing sculptures’ . She is also committed to artistic collaborations in the fields of classical/electronic fusion, and with contemporary composer such as Wolfgang Rhim, Jörg Widmann, Rodion Schedrin and Giya Kantcheli. Recent premières include new works dedicated to her by Márton Illés, Marcello Abbado, Vittorio Montalti and Giovanni Sollima.

Gloria is also a very passionate lecturer around the world, regularly offering music courses and piano masterclasses for international Universities (Columbia University in New York City, University of Cape Town, Nelson Mandela University of Port Elizabeth, Tokyo Music College, Stockholm Royal Academy, Beijing International Music Academy, University of Maastricht , UniRio (Brazil), Mimar Sinan University (Instanbul), AAF Academy in Mexico City), Cal Poly (California  USA), Loyola Marymount University of Los Angeles, USEK University of Beirut (Lebanon) and USP – Federal University of San Paulo ( BR). In 2019 she also founded her own educational project named C# – See Sharp: a creativity workshop for young musicians and performing artists, helping them to overcome stage fright and how to better deal with all the Psycho-Physical stress that comes whenever any kind of performance is getting closer in our lives. Her mottos are: “fight your frights, focus your emotions and express your creativity.” 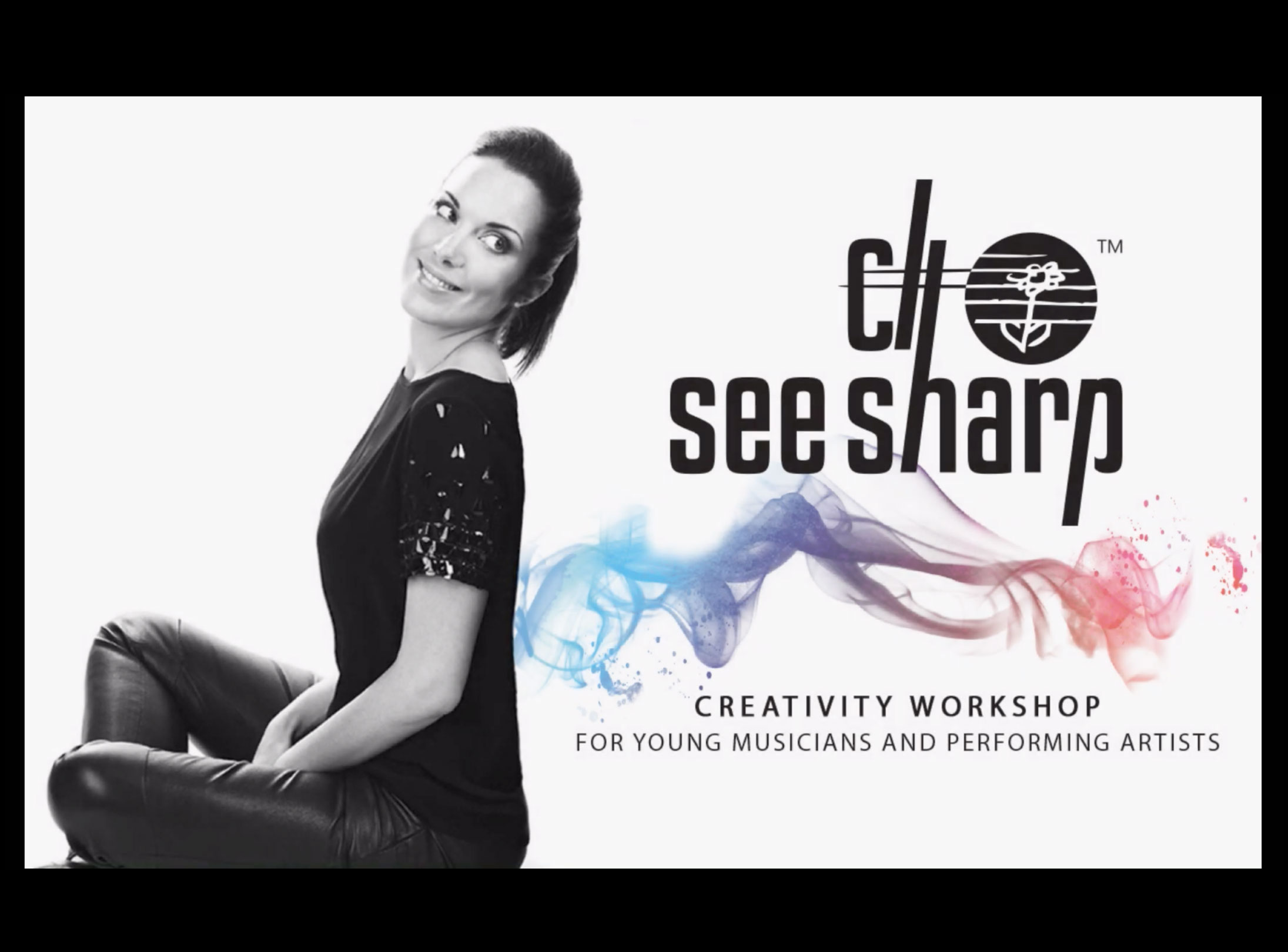 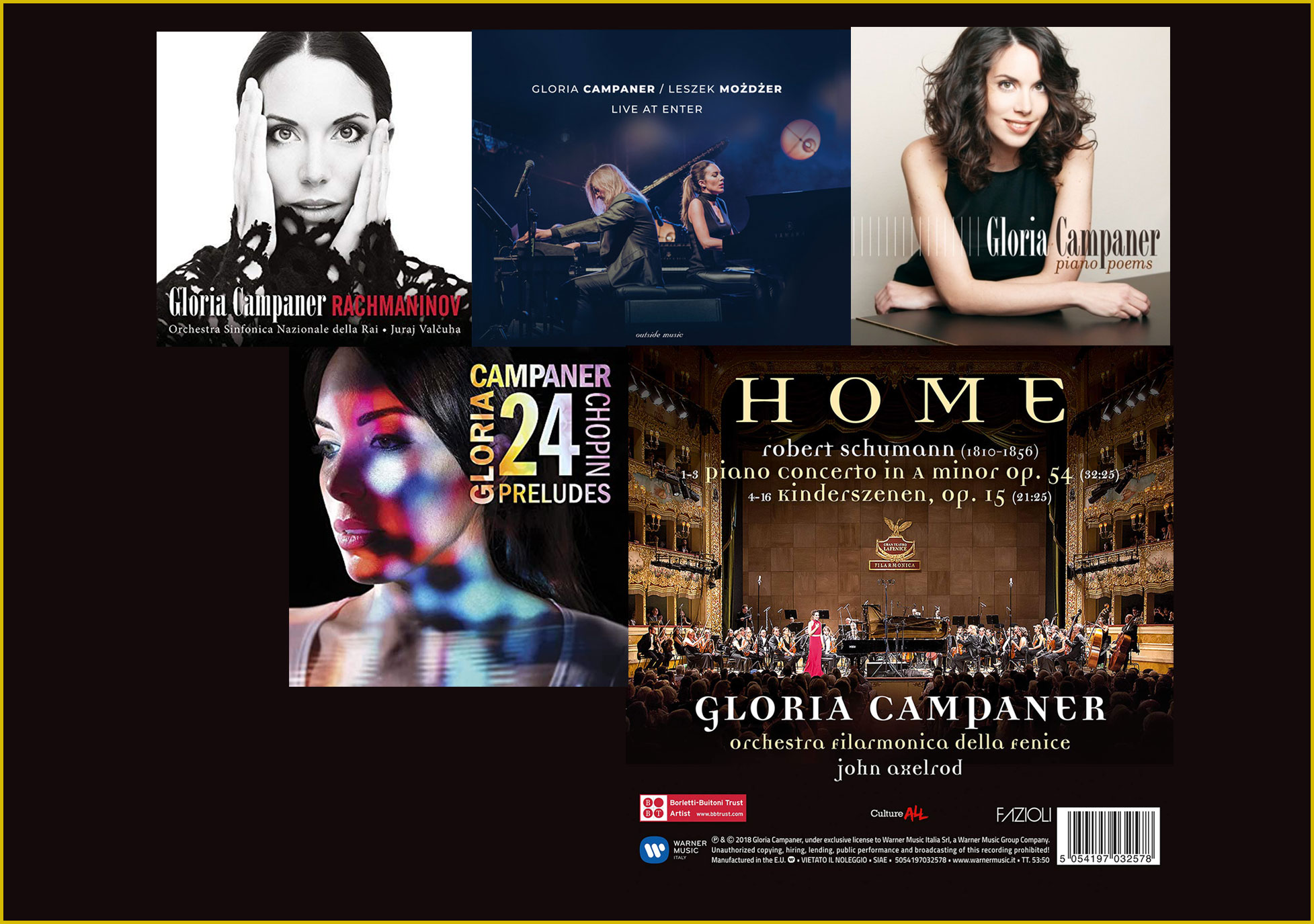 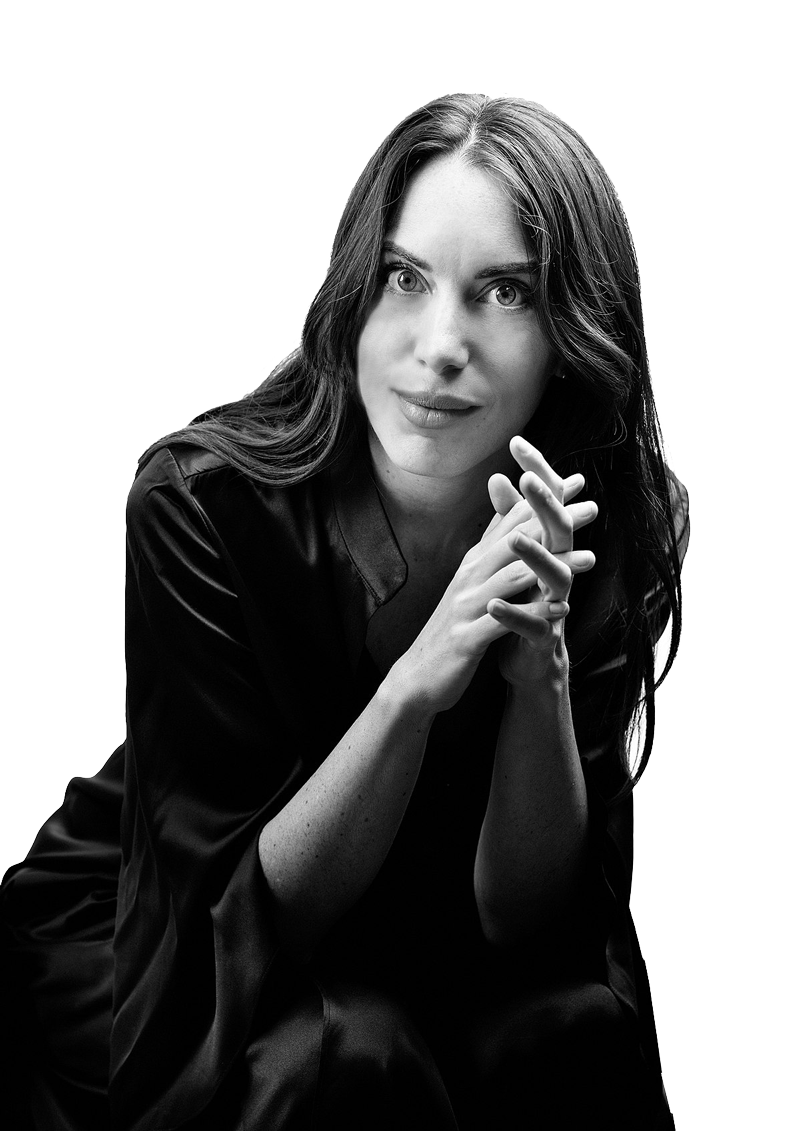 Gloria Campaner is a laureate of international competitions such as the Paderewski International Piano Competition in Los Angeles (Silver Medal, Best Paderewski and Chopin performances), the Ibla Grand Prize (First Prize, Prokofiev Special Award), the XI Concours International de Musique du Maroc in Casablanca (Prix de Jury, Franz Liszt), and the Cultural Foundation Pro Europa in Freiburg (European Prize for Culture).
In the years 2011-12 she was nominated ‘Ambassador of Culture’ from the EU for the project ‘Piano: reflet de la culture européenne’ , she was awarded a scholarship from the Johannes Brahms Foundation in Baden – Baden and had been the first Italian female pianist ever awarded a fellowship by the London’s Borletti – Buitoni Trust (2014).
Her training is rooted in the best international pedagogical traditions through Bruno Mezzena, Konstantin Bogino, and Fany Solter with whom she gained her ‘konzert -examen- Diplom ‘at the HFM of Karlsruhe in Germany. Gloria has also been selected to participate in masterclasses by Jerome Rose, Sergio Perticaroli, Pavel Gililov, Lilya Zilberstein, Dmitri Bashkirov, and Boris Petrushansky.